If you are wondering and trying to find out how are they actually, then you have come to the right place.

In this post, I would explain each of the aspects of the Kailh Box White switches with its review and cover a detailed guide that would help you to know about this switch.

Why Should you Trust Me? Hi, I am Anirban Saha, an Engineer having a Specialization in Electronics and Communication Engineering. I have experience in Smart TVs, Electric circuits, and Computer peripherals.

What are Kailh BOX White Switches?

Kailh Box White switches are one of the most popular among the Kailh switches Box variant.

Kailh BOX White Switches are clicky with an actuation force of 50g and a life of 80M clicks.

They are often used in gaming keyboards because of their fast response time and clicky feedback.

Kailh Box Switches are one of the most popular switches for mechanical keyboards.

They are clicky and give a very satisfying click with an actuation force of 50g. The BOX White switch features a loud audible click every time the switch is activated.

If you are building a custom mechanical keyboard or looking for an alternative switch to the Cherry MX for example, these switches might be a great choice for you.

These come in plate-mounted type, so if you use a keyboard supporting plate-mounted switches, then you can use them in your setup.

Kailh BOX White switches are a type of clicky switch. They are made with plastic housing and have a metal spring that creates a clicky feel when the user presses the key down.

The BOX White switches are rated for 80 million clicks. This makes them a good choice for users who want a durable switch that has a clicky feel.

The Kailh BOX White Switch has a very clicky feel. It is a bit stiffer than the Cherry MX Blue switch, but it still provides satisfying tactile feedback when typing.

The switch is also quite loud, so it might not be ideal for use in a quiet environment.

The Kailh Box White switches have a prominent typing sound that resembles most other Clicky switches.

Though I found them sounding better than the MX Blues.

I tested the Kailh BOX White switches against a standard Cherry MX Blue switch keyboard and found that they offered a much similar in terms of performance. These Kailh Box White are good for gaming.

Overall, I was very pleased with the performance of the Kailh BOX Whites and would recommend them to any gamer looking for a superior gaming keyboard experience.

Kailh BOX White switches are a variation of the Cherry MX Blue switch. They are clicky, tactile switches that are rated for 80 million clicks.

They have a shorter travel distance and a lighter actuation force than the Cherry MX Blue switch.

I compared the typing performance of the Kailh BOX White switch to the Cherry MX Blue switch.

I found that the Kailh BOX White switch had a shorter travel distance and a lighter actuation force. The sound was moderately loud while typing fast.

Kailh Box white switches are a new type of clicky switch that has been growing in popularity among gamers. They are considered to be a good alternative to Cherry MX Blue switches, which are known for their loud and tactile feedback.

Kailh Box whites offer a similar experience but with a quieter actuation noise. They also have a shorter travel distance and are slightly heavier than Cherry MX Blues, which can make them feel more responsive.

Some gamers prefer them over Cherry MX Blues because they feel like they offer more control and precision.

I like the Cherry MX Blues for gaming, So, would consider this a worthy alternative to consider.

The Kailh Box White switches are clicky switches that are said to be good for typing. They are made to be a clone of the Cherry MX Blue switches. The actuation force is 50g which is decent to do regular typing on it.

The actuation point of 1.8mm is low and makes it much more favorable for typing.

Kailh box switches have become a popular choice in mechanical keyboards. They offer a similar feel to Cherry MX Blues but are slightly quieter. 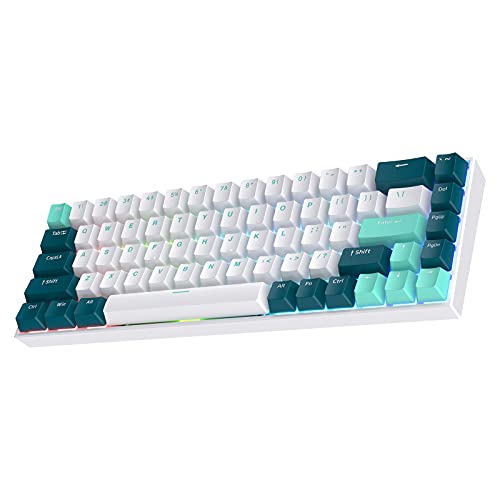 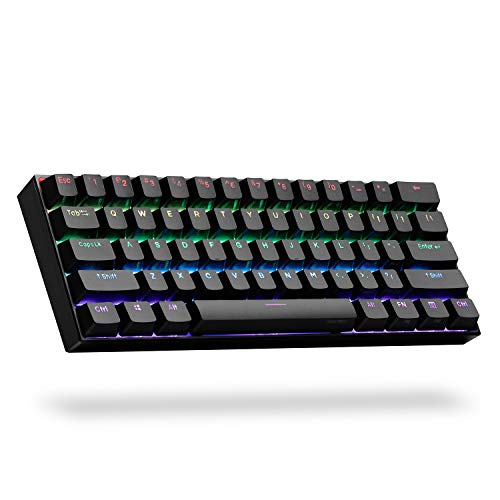 What Kind of Switches are Kailh Box Whites?

Kailh Box Switches are Cherry Compatible which means it will easily work if your keyboard supports Cherry MX switches.

Kailh Box White switches are a great option for those looking for a mechanical keyboard switch that is both durable and responsive.

They provide a clicky and tactile keypress with prominent feedback, making them perfect for gaming and typing.

With their low price point, they are also an affordable option for those looking to upgrade their keyboard. Be sure to check them out and see for yourself how they can improve your next build!